2018-2019 NYC Private School Notification Dates--results are almost here for NYC private school admissions. If your child is applying to NYC private school for 2020 admission in Manhattan, Brooklyn, Riverdale or Westchester, now is the time to contact us at Abacus Guide Educational Consulting.

New York City's Leading Private School Consultant for 20 Years We are proud to announce that in 2019 Abacus Guide Educational Consulting will celebrate our 20th year helping students find and get into top New York City and Westchester schools. It's a been a very satisfying journey for everyone involved. As NYC's leading private school consultant for 20 years--one of the first in practice--we have helped thousands of New York City and Westchester families through the stressful private school admissions process, guiding them into all the best Manhattan, Brooklyn, Riverdale and Westchester schools. Some of our earliest clients have now graduated from college. All this experience, as well as our steady commitment to caring service, means we can help everyone who works with us do their best and feel their best. How have we helped families get into top private schools for 20 years? Our secret is truly doing the best job we can for our families. Most of our clients are recommended to us by former clients. For your child's chance to work with us, call 212-712-2228 or email New York City's Leading Private School Consultant for 20 Years

"Fairmont Private Schools, Orange County's largest and oldest nonsectarian private school, is boosting the return on investment in education with the Fairmont College Promise, which guarantees that Fairmont Preparatory Academy graduates will be accepted to and receive scholarships for tuition at the Top 100 U.S. colleges or universities. The school also says it will convert up to 100 percent of tuition paid to attend its high school into a scholarship to the college of choice if the promise is not met."

No private school in New York has yet followed Fairmont's lead. But is this fortunate? According to Inside Higher Ed:

Myra A. McGovern, vice president of the National Association of Independent Schools, ... said she was troubled by any high school designating only a certain kind of college as appropriate.

"Does that serve students well?" she asked. "The idea of a school isn't that it produces one outcome exclusively, but that it helps a student develop into an adult." Defining success as being admitted to a college praised by U.S. News "is a relatively narrow outcome."

She pointed to her association's code of ethics, which has a provision that warns against any relationships that would have school officials favoring some colleges over others in admissions advising.

Acceptances across the board!!!

We are stunned and thrilled!!!!

thank you for all your help!!! 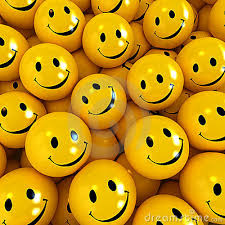 Thanks again for everything. What a wild ride. Never in a billion years would I have expected to be in a position to choose from basically every one of my top schools! 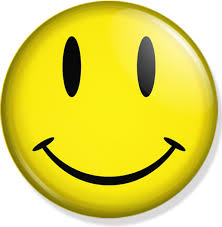 New York City private schools middle school admission success! Here at Abacus Guide, we are having a wonderful week as our clients call and email us to report their children's success getting into top NYC private middle schools. Everyone has so far reported getting into at least three of their top choice schools. We're proud of the advice we've given to make their dreams for their children a reality.